This is India’s biggest day, on August 15, India became completely Independent. This is the 74th and Independence Day of 2020: We Indians celebrate our independence continuously. India, which was previously a slave of English, was freed from that, on August 15, it is a matter of great pride for the Indian People.

After independence today Bahrat has become a very big economy and is walking on the path of progress. Today’s people of India are not like before, who are willing to sacrifice their country. Today I have my own love among the people who are Indian people, this is their status I am Indian people I love my India. Many freedom fighters were born in India: who fought for their country till the last mother-in-law.

So now the present time India is a very big country many peoples or many types of caste and all religious peoples are living in India we are very happy and proud of the Indian peoples. In earlier times, English people had enslaved India in India. In earlier times, India was also called a gold bird and Bharat had a lot of gold. And when India became a slave, all English people robbed all the gold of India. When India became independent, Pakistan was also included in it, then fight each other because the fight made Pakistan a separate country. So now the two countries will separate and India says its own and Pakistan is it’s own.

*BEST DAY OF AN INDIAN HISTORY*

There is still a fight in both the parties that Kashmir speaks to Pakistan, and the people of India say that our communities are it’s my own property and this is our most beautiful place for Indian peoples. Men of India tolerate a lot of atrocities before 1947. When India became independent. It is a matter of great pride for us that we are citizens of India and we are happy. That’s why we celebrate 15 August as independence. And she is happy to thank the Freedom Fighter who got India free and made her feel very big. 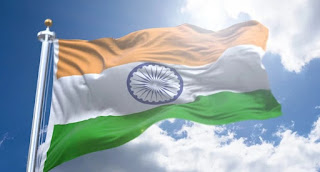 Some freedom figures started fighting right from childhood and they used to fight against the English. And you will fight against the glory of Bharat Mata Ki Jay Slogan of fighting. With this slogan, the passion started creeping inside the people, and their power used to double. Fight India for free and liberate India: Freedom figures neither can we forget them all my life. In previous time freedom fighters are not present here so India is not Independent for this time. Due to the presence of some politicians, they became very slaves, they did not allow the British to come, then the British became slaves. But there is nothing to worry about, now India is like a flying bird. And then Sur Veer of India drove away from the British. And today the whole world is aware of India. India can do anything. That is why we all together celebrate Independence Day as the freedom to Bahrat on 15th August.