The Ram temple is going to be Bhoomipujan or Land worship on 5 August 2020. Chief Minister of Uttar Pradesh Yogi Aditya Nath invites Prime Minister of India  Narendra, Modi. There will be strict security during the inauguration. Little man cannot go, only big ministers can go. Only after winning the Supreme Court order and the case, it has been decided to build this Ram temple. There has been a lot of controversy between Hindu and Muslim. But Hindus and Muslims are both brothers. There are just some people who fight in the circle of money riot. In this case, the Supreme Court also took a lot of time to decide whether it should be a temple or a mosque. But in the last decision, there will be a temple here. Hindu people have been given 67 acres of land for the temple. And the land has also been given to Muslim brothers. This was a big dispute in India, which has now gone away. And both Hindu and Muslim people are happy. It is a very good thing that people are living together and living their lives with love. Due to Coronavirus, the entire distress of the Social Distance was kept. In the Bhoomipujan of this temple, very big priests will come and
Great economists will. There will be huge pooja and there will be a lot of worship. This temple will be a very big temple, is going to become the largest temple in India. Very large people are giving their money in it so that it becomes the largest temple. Some old people say that this is where Soyam Bhagwan Shri Ram is doing this place. This 67 acres temple is going to be built in Ayodhya, Uttar Pradesh. 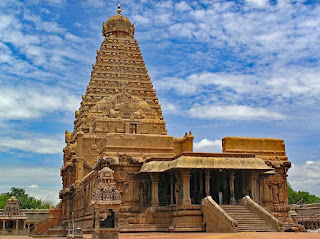 This man of the temple, who will see it well, is himself the Chief Minister of Uttar Pradesh. In this temple, 5 Gumbad was made. This will be a very big temple for India. Very big constructions and big buildings which are built will be given work or tender to those people. People who built the first temple: Those people have been given the task for this. This is a very good thing: we have such big temples in India and will be in the future. This made the temple a very special artisan tour. You can search the map and design of this temple, which type will remain and where will it be. This temple is named Ram temple. A man like Ram God will never be born on this earth or cannot be in the future, present time. If anyone wants to cooperate, they can do the work of Bhumi Pujan. And we should participate in every social program and we should move forward. Because this earth is all our own, we have to take care of it and keep it alive. This is our duty. Ram temple will take a long time to be built. A very big temple will be built, this may be the largest temple in Asia.