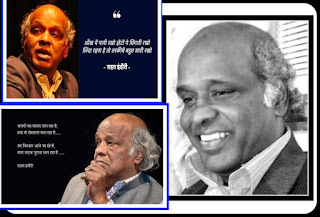 Mashoor Shayar Rahat Indori Rest In Piece on 11 August 2020. He died of a heart attack. He is a corona positive before died. Rahat Indori is a Muslim sShayar he is one of the best Indian famous Shayar. Rahat Indori was born in Indore (M.P). These very big singer artists: to speak poetry, learn from them. He has spoken his poetry in very big shows. It seems that in the tension of Corona Positive, he received a heart attack commandment one after the other and he is no longer with us. He had made his own unique screen by doing very big shows. This is quite a famous poet in India.

He has gone to many comedy shows in India. They used to be invited to big shows and they used to be happy with the people. He was counted among some of the best poets of India. They will now be missed by the people of India. He speaks very well Hindi Shayari. He was loved by Indian peoples. His fans: in India. During this time he is popular very much. Mainly old man and teenagers are singing his Shayari very much. Big programs are hosting by the Rahat Indori. This was the name of Indore and it was named as a nickname and the popular name was Rahat Indori.

Today, they are missing India’s peoples a lot. After his death, many people shared grief on social media. This is very heartbreaking poetry. People used to beat their poetry to hear it. After his departure, it seems that Shayari has remained incomplete. And after listening to his poetry, it seems that he is still alive. Many big artists called them in the show and they did a very good entertainment. One of the poets in India of his birth was less: it will make people very sad.