Rafale is a fighter plane from France But India bought it. It has been taken for the Air Force. These were taken with the support of Defense Minister Rajnath Singh Ji, in France in November, due to Corona and nothing less. They took some time to complete and after that France handed it over to India. This very huge airplane is impossible to predict its world.

They will be successfully landing at Ambala airbase on 29-07-2020. Ambala is located in the biggest city in India Haryana. It is a great pleasure for India. This decision was made for the visit to Pt. Narendra Modi and Rajnath Singh. It was a very good decision that will make India’s Air Force army very strong. And now it will not be impossible to defeat India. France, maker of Rafale, and India have done this purchase. This is a matter of great happiness for the people of India. India had been preparing to take ruffle for a long time and now India got success in this mission.

These very powerful aircraft. Therefore five Rafale airplane has come to India from  Amabal airbase at Haryana. These are very good fighter aircraft: It has a lot of power which can easily be killed by the enemy. It is a matter of great pride for us that a country like France gave it to us. With this airplane, the Air Force will be very strong, now it is very difficult to compete with the Indian Air Force, and India is going towards the way. Every army of India will be strong now: India has good forces to kill the enemy easily.

Due to the Rafale fighter plane, the heart of the army of India is very strong and special training is also being given to the soldiers. It is impossible to predict the strength of the Rafale aircraft, it can kill the enemy in a variable minute: the timing of its missile can also go to the area of ​​the enemy at tremendous speed and many loss for the enemy. 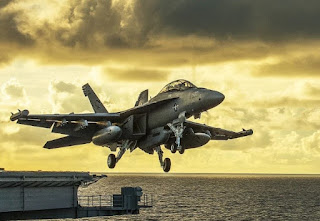 Before bringing it to India, an Indian Air Force soldier flew it 1500 hours. In past time 24 India pilots have been given special training to fly Rafale. Now 24 pilots of the Air Force to fly fully arrow and fight for war. Defense minister Rajnath Singh has worshiped it on Dussehra in 2019. And they have taken this mission to Successful and got.

If Defense Minister Rajnath Singh was not the only hot guy and PM. Narendra Modi, then it would not be known. The range of rafale is 3700 km. It can be sent on any mission. This is its quality: it will definitely fulfill any problem. It is mastered in Permadu weapon: Parmadu Bom will not spoil it. It can fly 60000 feet in 1 minute. Rafael launched a missile capable of hitting 150 km, which will kill the enemy. There is also a scalp missile marking it from the air into the ground, which will liberate the enemy’s sixes. These missiles can attack up to 300 less. Rafale has 2 engine fighter plane.

Its speed is 2,130 km / hours. Its antidote is 3700 less. It has two missiles inside this first one is Meteor Missile and the second one is Scalp Missile. Meteor Missile can kill enemies in the air, its firepower is 150 km. It has used in any weather. Scalp Missle firepower is 300 km. This missile is the Brahmastra of the logical strike which is the enemy. Rafael India took Pakistan, the neighboring country of Toh India, is very scared. There is no war, but India does not do this when India fronts it, India gives it a befitting reply.