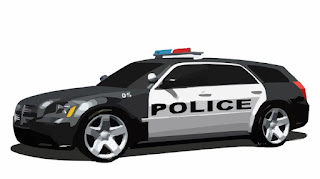 Mumbai Police Make Patna SP MR. VINAY TIWARI Quarantine for the report of Corona negative. He is an IPS officer of the Bihar police. It seems that all the big people of Mumbai have met in this case. The peoples of BMC is to Loose about this case and police also involve in this case. Mumbai Government is not serious about the Sushant Singh Rajput case. Because this case is a well-planned murder for the relatives and friends of the Sushant Rajput case And his servants are also involved.

This case very the biggest for the case for the celebrity cases of India 2020. This is still a big case for heroes and heroes. The man telling you not to listen: How can he tell in the film. And there is no state of loose government from the Mumbai government since 1-month more will be done or nobody has been arrested yet. The biggest thing is that the IPS officer of Bihar Police was quarantined by the Mumbai Police. And sealed them in the hand as well. This made the Bihar police subordinate and the officers angry. Because any officer goes to inquire a case, he takes permission from that state, he goes and inquires, but Mumbai Police Even after giving respect, he quartered them, it would be unbecoming of any officer.

And those who are less than Maharastra State also did nothing. Who is Sushant Singh Rajput’s Girlfriend: Riya Charkvarti is also invited in this case. Earlier, one of his friends was also murdered, he was pushed from the building and he got the case. The biggest thing is that the Mumbai Police insulted an officer. Most News channel has helped clear for this case is a not suicide case this is a murder. It is a matter of great shame for the Flim industry that someone will be away and everyone is sitting silent.

This big star in the Bollywood industry. It was very agitating, so these people murdered him due to jealousy. A lot of people are involved in this case when Sushant’s father complains in Mumbai Bandra Police Station in Fry 2020. Even after that, the Mumbai Police did not ask for any information, just gave the report on mobile sub-normal: Mumbai Police are interrogating the bus and the case 2 months is about to be held. Mumbai is the dream true city but the police are very loose.

Some celebrities are not speaking anything, they are becoming unknown in this case. Some celebrities are doing great work with the help of Sushant’s fans, they are taking the courage to get justice for him. Allhighnews must have a need for this case inquiry is strictly and take everyone in the circle who is part of this case and everyone should be punished. Because today, who has been with Sushant, he can also be the son of our children and relative tomorrow, so we all should not be silent. We have to be Justice for Sushant Singh Rajput. After all, their fans and all the people should also know that this is not suicide.